Blog: What You Need to Know About Naturopathy, a Holistic Medical Model 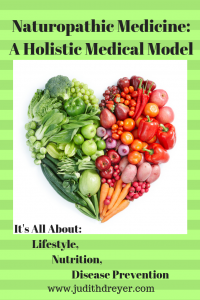 My journey into alternative medicine began because of my son’s health. As an infant and toddler, he had ear infections, was a restless sleeper. Troublesome, worrisome and perplexing, I felt forced to look at health in general and his in particular from a different angle. How could I create foundational health for him when traditional medicine seemed to be a band-aid? It helped with the crisis but didn’t seem able to get to the root of the problem?

He was born in New Jersey where naturopathic medicine was /is not licensed. When he was three years old we moved back to CT, my home state, where I found out naturopaths are licensed to practice medicine. Remember I was trained as a nurse in western, allopathic medicine so this was a stretch for me. But I was tired, tired of long restless nights with him, cranky daytimes and his ill health. I had to step off the medical model I was trained in, face my fears, ( I was told in nursing school that chiropractors, naturopaths etc were “quacks”) and investigate alternative medicine for myself. I learned a whole lot, became angry that good research was not mainstream though potentially helpful.

Through a series of synchronistic encounters, I met a couple fo N.D.’s, Naturopathic physicians, who were licensed to practice medicine in the state of CT. Through specific testing, we found out my son was very sensitive to certain foods. When I removed them from his diet, the results were miraculous. After three days of removing these suspected culprits from his diet, he slept peacefully. Gradually his ears improved and so did his overall health.

Naturopathy refers to a system of medical practice that combines a mainstream understanding of human physiology and disease with alternative remedies. Naturopathy grew out of taking the

cure from natural mineral springs and spas prevalent in Europe in the 1800’s. This model flourished in the 1800’s and early 1900’s here in the USA. However, hospitals and schools were shut down by the 1920’s by the rise of biomedicines and the Flexner Report. As complementary and alternative medicine experienced a resurgence in the 1970’s, we began to see N.D.’s in our cities here in CT.

This practice chooses natural remedies aimed at stimulating the body’s own healing ability rather than surgery and drugs. These Doc’s have the same medical school training as our allopathic, (western medicine) Doc’s do with a few differences. 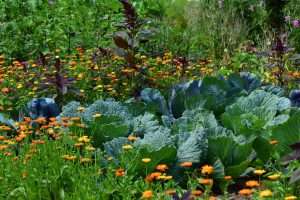 First, they cannot perform surgery and cannot prescribe certain classes of drugs. However they are trained in homeopathy, supplements, nutrition, and some are well versed in acupuncture, body therapies, traditional Chinese herbs, Ayurveda herbs, and western herbology.

My podcast guest this week, Dr. Ashley Burkman, highlighted her approach, involving a comprehensive review of a person’s lifestyle, environment, work and study habits, routines, in order to address whatever her patients present.  On my first visit to an N.D. with my young son, I was surprised at the extensive interview and the quality time spent with me and my son. And it paid off. Little by little, we made dietary changes along with the addition of herbs and supplements. He improved. I finally felt he was regaining foundational health and vitality. And for the parents out there with small children, you can imagine my relief. 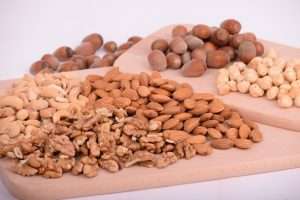 For the holidays: keep in mind bedtimes both your child’s and yours. We all function better with a good night’s sleep. Try different recipes that contain less refined sugars, refined flours and opt for more organic ingredients where you can. Put on relaxing music while doing kitchen chores. Laugh, smile and giggle. This is a wonderful time of year where true heartfelt giving, family, and friends surround us.

From my heart to yours, have wonderful holidays. Judith